In this three-part series, I will discuss certain changes in dosing as well as components to health and performance that otherwise were not considered nearly as crucial just a short time ago. In the first< I want to set a tone, however I will not spend a great deal of time discussing actual implementation of today’s guidelines, as they are quite well established…………..mostly.

When I was in an undergrad exercise physiology course, I remember a class where we discussed a new statement from one of our largest organizations in the industry regarding intensity stimulus level for aerobic activity. Keep in mind, this was a bit before (and likely lead up to) there was a daily physical activity promotion, compared to exercise. The statement was that as low as 37% of HRMax was a threshold for individuals to obtain cardiovascular benefit from exercise. This was a far cry from the “target zone” we had been learning about and was therefore a little confusing……………..I don’t know if that is the best term; it was also almost disappointing to some of us in a way, others seems pleased, “we don’t have to have people work this hard.” I recall asking, “ is this because the individuals that benefit from that level of intensity are so deconditioned?”  Maybe that is NOT a good finding.

Is it possible that some standards are created or changed to accommodate changes to populations? Yes, as some of this has to do with statistics relative to the subject pool, intervention and measured outcome. I am preaching to the choir here when I ask, “do you think training at 37% of your max (anything) will improve your outcomes?” Of course I’m referring to the appropriate match up of stimulus and desired outcome. Due to the lack of accumulated physical activity, there is now component of this in recommendations. As professionals, it is our responsibility to ensure this information is not received after being skewed by a layperson’s interpretation, even some professionals for that matter. For example, there was an article in the NY Times some years ago discussing a recent published article that stated being obese did not have the same risk as once thought……………….in the study they specifically evaluated active/exercising individuals who measured “obese” or at least “overweight” on the BMI. As a generality, obesity is more “associated” with being sedentary but that is not a rule, likewise being “thin” does not indicate “active” or “healthy.”  The message from the article was that overweight is not as bad as once thought.  Actually, it meant that you can be overweight and still meet other areas of fitness and potentially health, but may not negate the obesity component.

Being sedentary is associated with so many diseases and disorders, it really is considered a disorder itself.  Even if a classified seentary person does not have other identifiable diseases or disorders, they are not "healthy."  Exercise is above and beyond accumulated physical activity……….people are actually surprised to learn that being sedentary can override the benefits of exercising three days per week. I had a colleague in the past (in my health department nonetheless), at one of my positions in higher education criticize me for “somehow managing to bring in ‘exercise’ into most all of my lectures.” Well, being an enthusiast, professor of exercise and sport science and medicine, and something called academic freedom, consider me guilty. To me, the interplay/interaction of exercise to most everything else is crucial, and beyond just accumulating physical activity minutes, exercise can deliver an extensive amount of interplay, when performed correctly. This same person who criticized me for my promotion of exercise argued that gardening was just as good. First off, exercise does not necessarily mean being in a gym and lifting weights (although, I do like that!). There are several activities that can meet the criteria, even gardening, if you can somehow overload appropriately. But for this person, it was the only method and in description did not meet the criteria including the lack of opportunity during the various seasons in the northeast.  Ironically, this person was also out sick for about an entire during most every semester. No, I'm not implying causal relationship here.................well, actually I am.

I want to take some time discussing this interplay of exercise with some more recent concepts/areas to include mindfulness and cognitive training. We all know the components of fitness and lifestyle, but how have things changed with technology, sports, occupations, education, etc? If exercise 3 times per week wont offset being sedentary, how have other aspects changed?

I would think the last thing people want to hear is more "things you can do during the pandemic" but I have been inundated by people/organizations I work with on creating messaging. But again, they are also thinking of ways to remain connected so maybe its still not needed. I was having a conversation with one of my high school athletes about the "lack of season." Although this is detrimental to the progress of the sport it is a unique opportunity to add more focus on controlled and appropriate condition, or in the case of an athlete just coming off one season and going to the next, more recovery.

We are not able to have the contact we would like, so we are managing other ways. So what about us? I feel I have been fortunate in my career to travel the world, working and meeting practitioners that enhance and repair dysfunctional human movement. I have also spent a great deal of time treating these very same people. So in our downtime (some of us), be sure to practice self care, learn new techniques, further your knowledge, enhance business knowledge and RECOVER FROM YOUR OWN AILMENTS. I want to comment especially on the latter two.

I would sometimes get strange looks from students when I brought up this topic, not so much from practitioners once in business. You can be the best ____________ (fill in the blank of your area of expertise) but if no one comes to you, what difference does it make? Even non-profit organizations must generate revenue (even in form of stipends, donations, etc) to remain viable. Think of it this way, if you cannot keep the doors of your business open, you cannot help all of those people that motivated you to become who you worked so hard to become.

If you are in physical medicine of some sort (Athletic Training, Chiropractic, Massage Therapy, Physical Therapy, sport performance/conditioning/fitness) you have more than a 50% chance of being injured at any given time. A high percentage of these injuries can turn chronic have permanent change to your livelihood. Some even have to give up something they do. You would not allow your patients or clients to continue, you would decrease the negative stimulus, change mechanics, change volume and even restrict certain activities. We counsel our people as to why this is a necessary condition of progress, so we should do the same for ourselves, we deserve it. Then make sure this is a constant practice, self care. 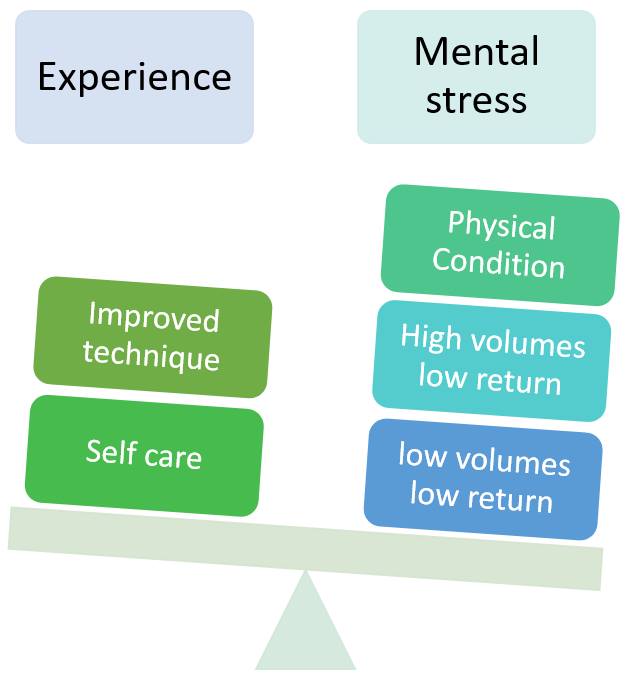 How do you get your clients or patients to do what is necessary? For those who began working with people more than a decade ago, have you determined any changes in the populations in which you serve? In other words, is what motivated people ten years ago still the same for today? That’s both the population at large and the individuals. For example, I used to provide a profile comparison for my students in my nutrition course, me in my 20s when I was in college and another of me in late 30s. They included biographic data such as body mass and percent fat/fat-free mass, nutrient intake, time spent in physical activity, time spent sedentary (both leisure and occupation). Student did not know this was me, as I wanted them to be candid. To summarize, when I was in undergrad, I was in a health fitness major, worked at a fitness center as a personal trainer and group exercise leader and trained for body building. In other words, my life was fitness and exercise. I trained hours per day, very strict diets, etc. Fast forward about 15 years and now in a career(s) working to make a name for myself in education and in clinical practice…………..you may have looked at my profile by now and figured I no longer train for body building. I recall after class one day, two students, Gerome and Josh, hanging out with me discussing this assignment on the profile comparisons. “How could this guy just let himself go like that?” I revealed my secret of who this person was, and there was a little backtracking but lead to a great conversation of goals and motivation. In another section and lecture for the course, I would flash this picture up and ask folks if they could identify this infamous body builder……………….to this day, no one.

It makes no difference whether it’s about prevention, care, or enhanced performance (well, that’s not total true, but for the sake of argument), it’s about motivation. We know that both sympathy and empathy can be valuable connections to our clients and patients, but we don’t always have first-hand experience with their conditions. However, we do share something for sure, motivation. So what motivates you do to what you do? I do think its also important to understand that we are also likely promoting, seeing as how this website is more so dedicated to non-invasive (non-surgical non pharma, not against, but not in the wheelhouse) approaches to health, wellness and performance. Of course, we must also keep in mind that not everyone is motivated by the same reasons or uses the same construct. We do however identify some key elements/approaches to motivation, such as intrinsic and extrinsic “reward” mechanisms. These will also be affected by the state of the individual and their control over that state. What I mean is, the psychological profile AND the “moment in time.” We can simplify this moment in time as emotion, and how well a person can use that emotion or how it uses them. A great deal of this in sport psychology in preparing athletes for both competition AND training. What about a non athlete or patient? Its actually quite similar.

So, why is this important to me, and hopefully you? I have also said to my students and clients, “you can be the best scientifically minded clinician, trainer, coach, etc, but if no one is there to train, treat or educate, what good are you to the cause? Or when I get to a point in the lecture about reimbursement, billing, coding etc it would sometimes surprise students and I would even get the response, “but why do we need to discuss this, we got into this to help people.” Well, even a free clinic costs money! 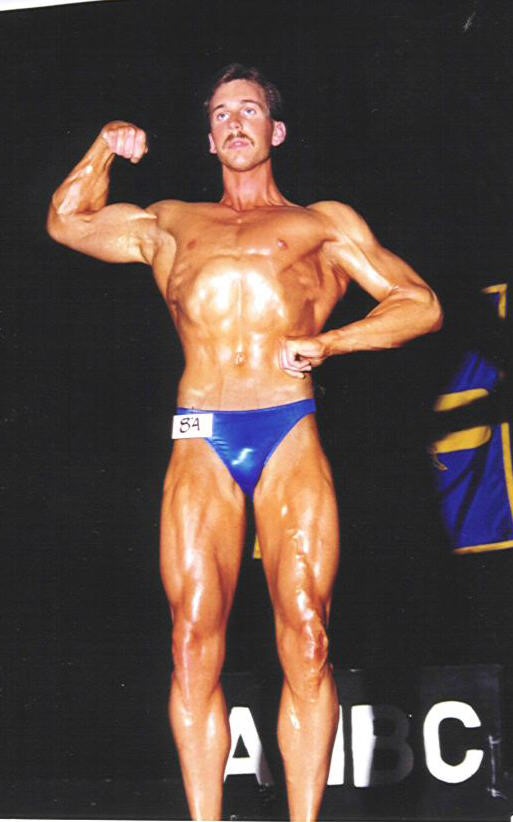